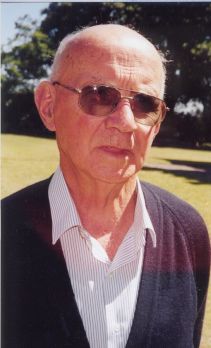 August 5th is the date for Br Barney Delaney's 75th Religious Profession anniversary, a time for celebrating a life of service in MSC communities in Australia and a period at the General House in Rome.

The December edition of Encounter, no. 76, contained long interviews with several jubilarians of that time, including Barney Delaney.  Here is an excerpt:

I remember I used to daydream a lot. I loved being sent on long messages to the other end of the town. I'd dream all the way down, thinking about all sorts of" things- I always had in my mind that I'd probably finish up ... well I had die idea of going to the missions as A lay missionary, long before you ever heard of the phrase. I got all this from The Annals you see, which I enjoyed reading.

Mum always got The Annals at our place, and The Messenger of the Sacred Heart - that was the Jesuit one. Those books were always there at home. Actually, the way The Annals became so widespread was through the network of nuns throughout the country acting as promoters and distributors. In Narrabri, the nuns would receive these big parcels of magazines. It was my job to go to the post office and pick them up. They would write everyone's name on a magazine and then the people would pay the nuns who would send the money to Kensington. That's the way it was done. Anyway, I must have got this idea of being a lay missionary from The Annals.

Now the nuns used to give us some pretty straight talks from time to time. In third year, one of the nuns was talking about the brothers. Whether she was speaking about vocations or not. I don't know, but when she mentioned brothers I said "That's what I'd like to be." She just ignored me, but when we finished school that day, she said "Barney Delaney, you stop in after school" Now, I was always in trouble for talking in school, and I was often kept behind, so I just thought ‘I wonder what I've done this time?' When everyone had gone, she said: "Do you mean what you said in the class ?" I just sort of laughed it off and said "Oh yes, I meant diat." At any rate, she followed it up.

Within about three months I was at Douglas Park! I was in third year, and I turned 15 just before I entered. I think Sr Ancilla wrote die letter for me and I copied it out (in my own remarkable handwriting!) and sent it off to Douglas Park. There was a prompt reply. I had to see die parish priest ano! get a baptism certificate. Normally my parish priest couldn't find anything good to say about me, but he must have written a reference that satisfied the superior at Douglas Park! I was accepted.