Brother Herman Kooyman MSC lives in Darwin. He has had surgery on his legs and lives in care.  Today is his 83rd birthday.  Visitors to our site might like to hear about him, his scooter and mobility and his creative work. 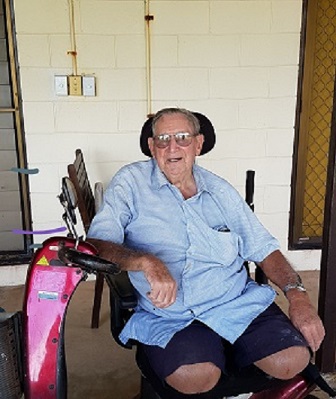 From the Deputy Provincial’s recent update: Herman Kooyman reports that he has a new mobility scooter to zip around Darwin on. 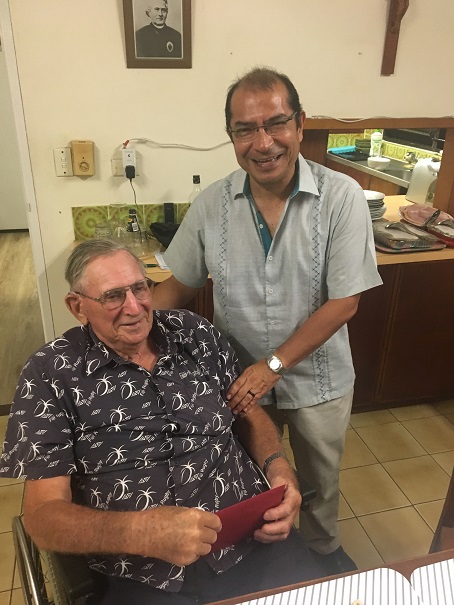 Going back a year, Herman with Superior General, Abzalon.

He says “I am quite happy with it, only the batteries are a lot smaller. We made a wooden box and fixed that on the scooter with two extra batteries. So now Bro. Ted (Ted Merritt) thinks that I should be able to do about 50 kms on the batteries. That is even better than my old scooter. 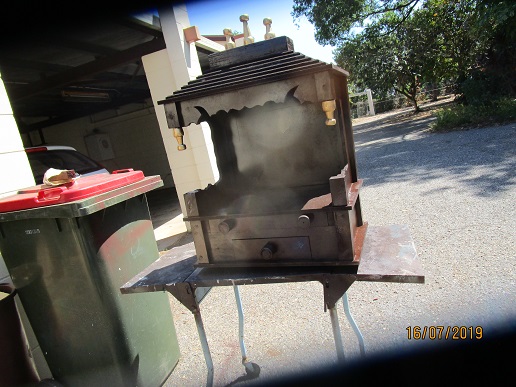 I am including a photo of the Hindu temples I made and so far I have made 22 of them.  But that is the last of them for me because they are just too hard for me to make.  I still have other jobs so I will not run out of work.”

Earlier this year Noel Mansfield reported: I spent some time with Herman Kooyman while I was in Darwin. He is still making things. His latest project is making homes for birds that are one of Bishop Charles’ hobbies.  Wishing Herman well.