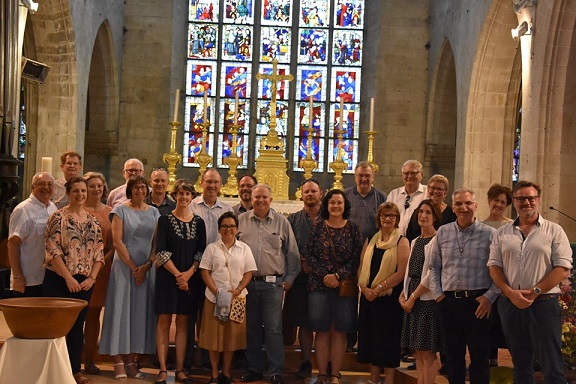 Each year a group of staff members from the MSC Australian Colleges, Downlands, Chevalier, Monivae, Daramalan, visit Issoudun for an experience of Heart Spirituality and its being part of Education ministry.

This year the group was led by Alison McKenzie from the Chevalier Institute with Paul Cashen MSC (Adelaide) as chaplain. Australian Provincial, Chris McPhee, also attended. 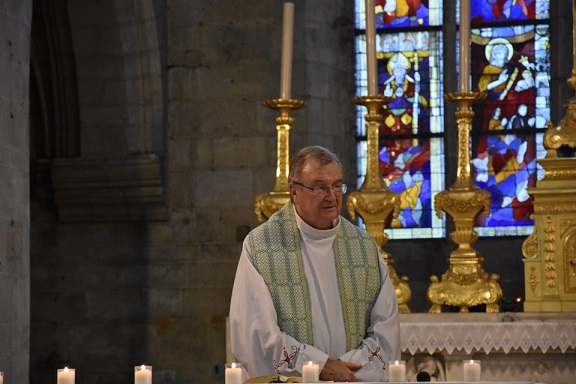 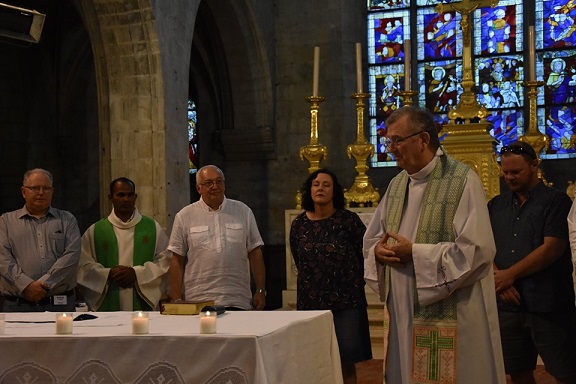 The Facebook page of the Cor Novum Centre in Issoudun provided photos. (There was also a description which Facebook had translated into English, more or less, with the European custom of using lower case letters where we would use Capital Letters for proper names – and they were a bit literal translating the Chevalier Family as the Knight Family.)

Here is the text:

The Vision of Jules Chevalier, to make known and loved the Sacred Heart everywhere, led him to the deep desire to found several congregations. He also wanted a distinct branch of laity, which would be trained and share the spirit, charisma and mission of the congregations. 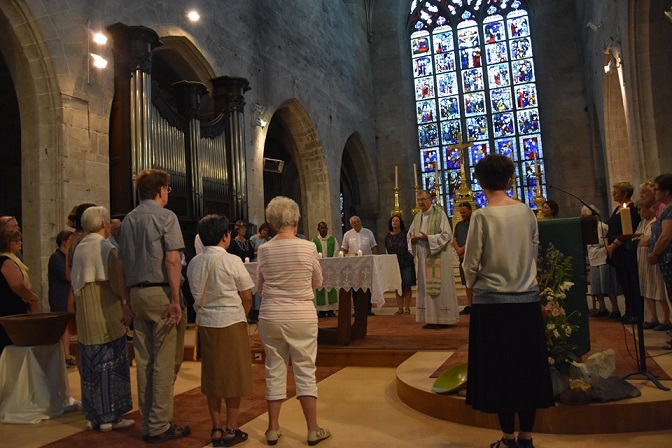 Every year, Australian laity go to Issoudun for a pilgrimage as well as to deepen the spirituality of the heart. This year there were 18 people. They were led by Alison Mackenzie. The pilgrimage took place from 7 to 13 July 2019. 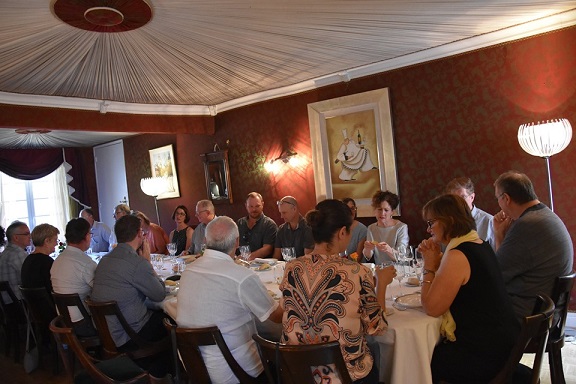 The Provincial MSC of the province of Australia, Father Chris McPhee, MSC also took part in this holy pilgrimage. In addition, Father Paul Cashen, MSC, who had just celebrated his 50 years of priesthood, came to Issoudun with the group.

Everything was well organised. Hans Kwakman, MSC who lives in the Netherlands and sister Merle, fdnsc who works in Rome, came to Issoudun for this pilgrimage. Both of them have brought contributions to help meditation on the spirituality of the heart and on Notre-Dame of the Sacré-Cœur for the members of the pilgrims of Australia.

Roland Douchin who lives in Issoudun and knows very well the spirituality of the Chevalier family also made an important contribution to the Australian group.