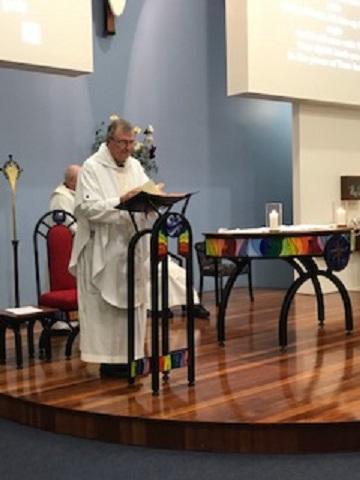 With thanks to Noel Mansfield for sending texts and photos.

And don’t miss some ancient history below! 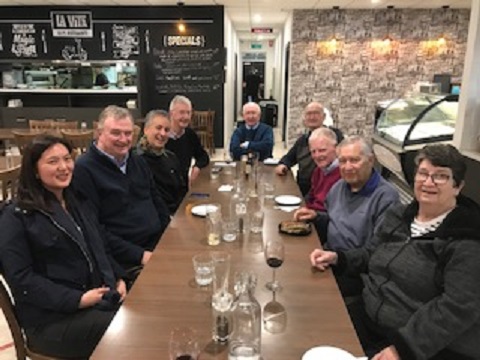 On Friday, May 31st, we gathered at La Vita to celebrate this occasion. It was the actual day of his ordination. A few others were with the MSC community. It was his sister, Mary’s birthday. So she had a special place in this group.

On Saturday, there was a celebration at Our Lady of the Manger Church, Findon, part of the Hindmarsh parish. Bill Brady and Noel Mansfield were able to celebrate with him on that night. 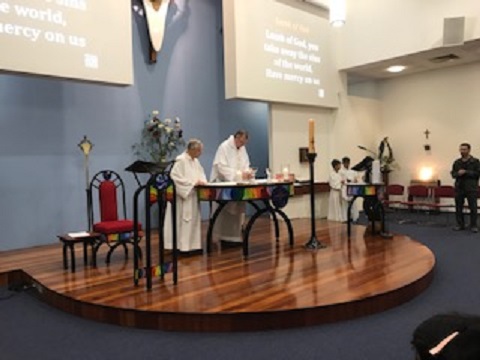 After the Mass, the community had a meal prepared for Paul and the whole community.

Philip Cashen contributed these summaries of the talks.

As part of celebrations to mark the 50th anniversary of Paul’s ordination to the priesthood, his four siblings organised a family show for him. There were about 100 family members and friends at the home of his brother - Philip - at Grange on Sunday 5 May. The actual ordination day was 31/5/1969 but family movements prompted an earlier date for the family celebration. 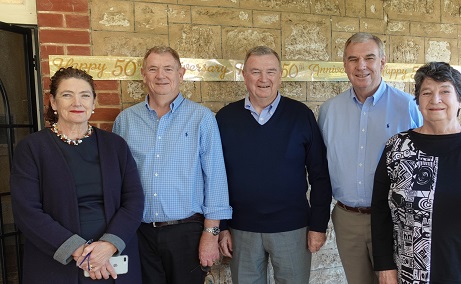 There were short speeches on the day and John, the second younger brother, noted how important family has always been for Paul and, equally, how Paul has always been so important to the family. John described how Paul left home to go to Douglas Park when he was only 15 and his younger siblings were still at school and the youngest, Catherine, was yet to start school. John spoke about the ...  strange mixture of sadness and pride that descended on our home in Flinders park when Paul “went away”.’ From then on … apart from some summer holidays when Paul was allowed home and the infrequent but epic family car trips interstate to mark the progress towards ordination, Paul existed at a distance from the family and principally through his weekly letters and in our mandatory family prayers. 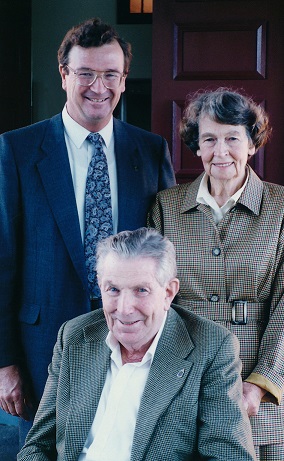 John made the point that even though Paul for long stretches of time had been away from the family he had always been at the centre of the family’s life. He said that this was due. to Paul’s own considerable efforts to keep in touch and, more importantly, always and I stress always, be there for us. He is accommodating, respectful of our views, generous with his time and generous in his understanding of our needs. As a priest and a big brother, uncle, great uncle and friend he has married us, married our children, baptised our children and our children’s children and also greatly helped us at those sad times when we have had to bury cherished members of our family.

John also noted in a more light-hearted aside that Paul was not without his faults. He noted Paul’s misplaced faith in his ability to …fix any broken object, machine, or piece of technology.  He also commented on Paul’s uncanny ability, when out walking, to arrive at point C when the trip was supposedly between points A and B. There was also a dig at Paul’s creative approach to family history and the conviction that the final story was more important than the corroborating evidence. He inherited this trait from his mother.

Paul’s other brother, Philip, spoke about Paul’s life as an MSC priest. He highlighted his pastoral work in many parishes, including the SA parishes of Henley Beach and Hindmarsh, his academic work and success both in Australia and overseas, his significant teaching responsibilities, including his time as rector of St Paul’s in Sydney, and his considerable administrative responsibilities, both with the MSC order and the Adelaide Diocese, as Administrator of the Cathedral. 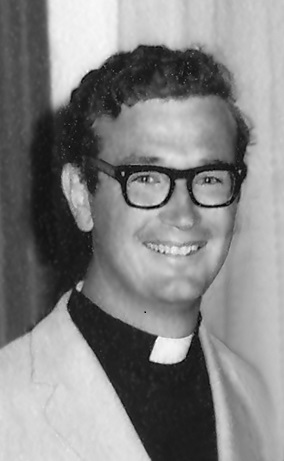 Overall, over fifty years it has been a very varied and successful life as a priest. Philip hoped that in his ‘retirement’ Paul would be able to pursue more study. Philip also paid tribute to Paul’s parents and all family members who had passed away since the time of the ordination. He related their parents’ pride and joy in Paul’s ordination and offered some humorous insights on the original family celebration put on 50 years ago at the time of the ordination. To this day, no one really knows how many were there that night. But, particularly thanks to their mother’s effort and determination, it was an unforgettable occasion.

In response, Paul acknowledged the role of family - the very extended family - and friends in his life. He acknowledged and was very grateful for the opportunities he had been given in his life as a priest. Referring specifically to events 50 years ago, he remarked how at the time he was both humbled by and in awe of the life he had committed to as a priest. 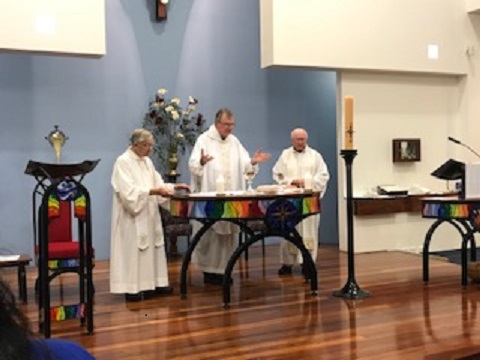