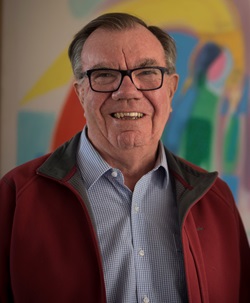 The Missionaries of the Sacred  Heart offer sympathy and prayers to the Archdiocese of Adelaide on the death of their priest and theologian, Denis Edwards.

Msgr Edwards, 75, died at the Royal Adelaide Hospital after suffering a stroke on the weekend.

A senior lecturer in theology with the Australian Catholic University’s Adelaide campus, Msgr Edwards was awarded an Order of Australia Medal in 2012 for his contribution to the Archdiocese and to theological education.

A founding member of the International Society for Science and Religion, he wrote 14 books on the dialogue between science and faith and was a sought after speaker around the globe, particularly in the area of ecological theology and the papal encyclical Laudato Si’.

He was appointed a monsignor by Pope Francis in 2015 and the same year was awarded an honorary doctorate from the Faculty of Catholic Theology at the University of Fribourg in Switzerland. 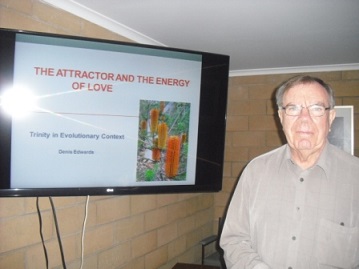 Denis Edwards had many contacts wth the MSC. For over 40 years, he contributed articles and book reviews to Compass Theology Review, beginning in 1976, many in the 1980s - and the last in 2011.

Staff of the three centres attended the conference as well as invited members from the Melbourne MSC community, including the students in formation.

The guest speaker was Denis Edwards of the archdiocese of Adelaide who has a worldwide reputation as a theologian exploring issues of the environment and Divine Action in our world. He spoke of the biblical perspective on creation and nature as well as linking this theological reflection with a theology and practice of the Eucharist."

Bishop Greg O’Kelly SJ, Adelaide's Apostolic Administrator and Port Pirie Bishop, described his death as a great loss to the archdiocese and said he was revered by all the priests and those who knew him.

“Denis has been a wonderful contributor and mainstay of the archdiocese, a rock of strength for many. His writings gifted the Church across the world. He carried with him a prayerfulness and humility that clothed his scholarship," Bishop O'Kelly said.

“The word ‘loss’ conveys so much to us with the sudden death of Denis. With the saints, in the fullness of life, may his prayers strengthen us.”

Administrator Delegate Fr Philip Marshall said the Church had been “blessed by his faith, his love and his presence among us”.

He said there had been many moving and beautiful tributes sent to the Archdiocese and they were a “powerful testimony to the grace-filled impact of Denis’ life on us all”.

Mgr Edwards was born on December 10, 1943, in Port Pirie and was ordained priest on July 9, 1966, in Adelaide's St Francis Xavier’s Cathedral.

May he rest in peace. 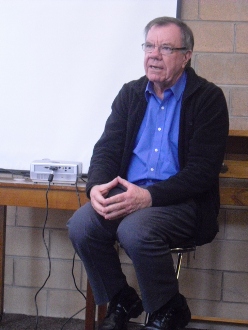