AND NOW INTRODUCING THE MEN WHO HAVE JUST JOINED THE MSC

We posted news and photos of the four men who joined the MSC last Friday. We will introduce them individually during this week and next. Their stories in their own words. 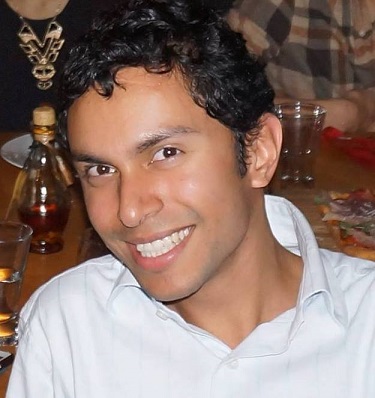 I was born and grew up in the beautiful bustling city of Bombay (now known as Mumbai) to a simple catholic family. I am the eldest of two and my brother and I meant the world to our parents. My parents decided to move out of India and they had their eyes set on New Zealand. However they made a pact between themselves not to tell us boys of their plans for fear we might protest to carrying on with school or might slack off in our studies knowing we would be leaving shortly. However my brother and I had half a brain between the two of us and soon caught on much to their disappointment.  Within a couple of weeks we were the envy of all our classmates as we were withdrawn from school while mum attempted to home-school us for close to two months.

Our move to New Zealand was exciting and challenging, exciting as it was a whole new world to explore, challenging as it was a different lifestyle and culture we had to adopt. I believe it was these challenging moments that brought my family and me closer to God. Christ was no longer only on the altar but He was with us in our struggles and the beginning of an ongoing learning process to trust in Him and his plan for us.

My brother and I completed our education at Marcellin College in Auckland and I then went on to do my tertiary studies at the University of Auckland and finished with a Bachelor’s degree in Business and IT.  However if securing a professional job in a small city like Auckland was difficult to begin with I graduated at the time of the recession where people with five years of sound experience in a corporate environment contested with me for the few existing roles in the market.

My family and I were pleased when I managed secured a data entry position at a Danish Shipping company in Auckland. I gave it my level best and within three months found myself climbing the corporate ladder. Three years later, one of my customers requested me to join their team to assist with certain projects that I was experienced in. I accepted the offer and furthered my skills and knowledge within the industry. However after close to three years I felt I required a challenge and needed to gain my independence, I left my cosy little town of Auckland for the big apple, Sydney. I fell in love with this city!

In my first couple of months I was parish shopping, going from one church to the next in a sincere attempt to find something I could call home and feel a sense of belonging. After almost giving up hope I was pleased when my flatmate took me to OLSH at Randwick where a young Vietnamese brother (at the time) with the  most angelic smile (Tru) approached us after mass and asked if we would like to join the Young Adults group.

That was the beginning of my journey with the MSCs………