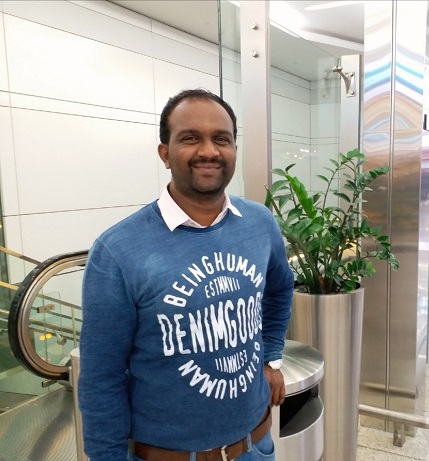 Just today an announcement has come from the Generalate that a new Superior has been appointed for the MSC Indian Union. It is FATHER THATHEUS DARWIN. He will take office on February 15. Father Darwin succeeds Father Charles Babu who visited Australia last September at the time of the APIA Conference.

Father Darwin was born September 28th 1980. He made his First Profession as an MSC on June 2nd , 2001. He was ordained a priest September 9th 2010. He holds a Bachelor of Education degree in Biology and an Master of  Science degree in the same field. During 2011 and 2012 he was Assistant Parish Priest at St Mary’s Church at Erode in Tamil Nadu State. For the last five years he has been a very successful Principal of our quite large Chevalier Academy at Dindigul in Tamil Nadu State.

The UNION of MSC INDIA is probably the fastest growing entity in our Congregation, comprising 68 priests and 12 Professed Scholastics. Additionally many aspirants are in training. Quite a number of MSC Indian priests are now working in Germany, France, the USA, Paraguay, with more on their way to those places. We have two working in the Australian Province: Father Arun John in Japan (currently looking after the Fukui parish) and Father Peter Antony at Randwick, NSW.