SOME SIGNIFICANT DECEMBER DAYS FOR THE CHEVALIER FAMILY, 2018 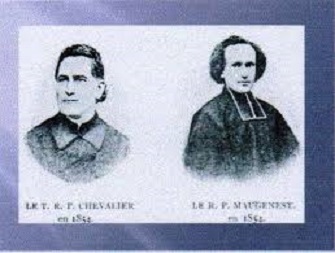 Fr Chevalier and Fr Maugenest who made the novena for the foundation of the Missionaries of the Sacred Heart.

8th December, the anniversary of the foundation of the Congregation, 164 years ago. Also the transferring of Mother Marie-Louise Hartzer to the Crypt at Issoudun.

Father Chevalier and Father Maugenest end their novena to the Blessed Virgin.

It was planned to conclude on the day that Pius IX proclaimed Mary’s Immaculate Conception. 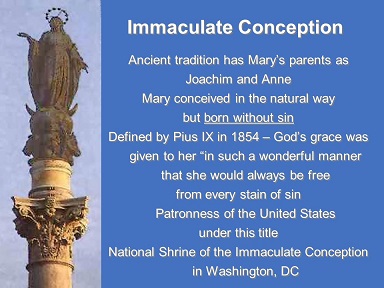 Father Chevalier always considered this day as the foundation day of the MSC Congregation, and it continues to be so today.

Beginning of the Annals of Our Lady of the Sacred Heart in France.

The Missionaries of Christ (MC) are founded by father C. Moser, MSC, in Germany. This is a community of religious missionary women, and it continues to exist today in six countries ~ Germany, Austria, Siberia, Congo (RDC), Brazil and South Africa.

On the occasion of the centenary of her entrance into the novitiate and nomination as FDNSC Superior, the body of Mother Marie-Louise Hartzer is transferred to the Crypt in the Basilica in Issoudun.

Profession of the first Peruvian MSC Sisters in Lima, Peru.

Father Gaspar Garcia Laviana, of the MSC Spanish Province, is killed in Nicaragua.

E.S. Maugenest, 'co-founder' with Father Chevalier of the MSC Congregation, was ordained priest at Saint-Sulpice, Paris. 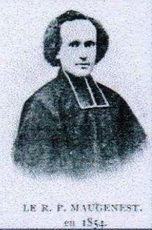 Maugenest left the MSC Congregation on 31 December, 1871, after being parish priest in St Cyr for 10 years.

He entered the novitiate of the Dominican Fathers and ended his days as a Dominican. He and Chevalier always remained good friends.

The birth of Alain G. de Boismenu in Saint-Malo, France. He was Vicar Apostolic of PNG from 1922-1946 and later Titular Archbishop. His cause has been put forward for beatification.

At four o'clock in the morning Father Victor Jouët arrived in Issoudun for the first time  and discovers the statue of Our Lady of the Sacred Heart. "... I fall at the feet of your enchanting image,  and I stand up as your missionary for life.  In one second, what a grace!"