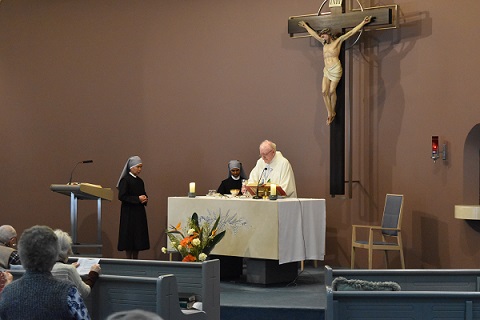 Michael Sims MSC has been chaplain at the Little Sisters of the Poor Home in Northcote, in Melbourne. 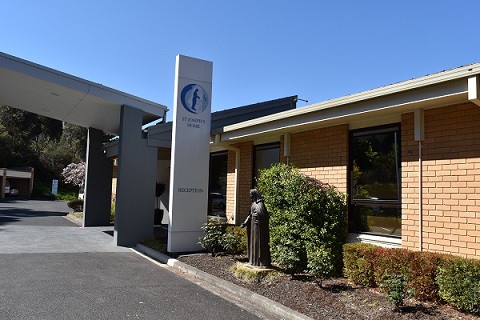 Michael is orginally from Melbourne, made his first vows on February 26th 1958, completed his studies at the Sacred Heart Monastery, Croydon, Victoria, and was ordained on July 25th 1964.  After a short time at Daramalan College and St Mary's Towers, Douglas Park, he spent most of his ministry in the Northern Territory and in Eastern Papua, much of it on Rossel Island.  Since his return, he has worked in Willoughby and Douglas Park.  In 2012, he became chaplain at the Little Sisters of the Poor, Northcote. 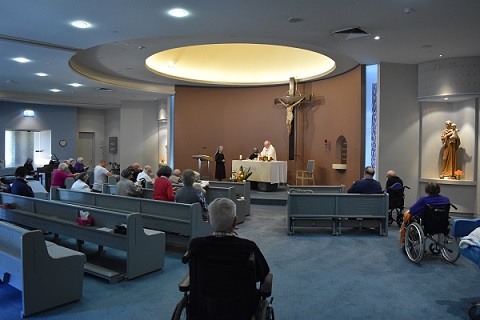 Some years ago he asked about other MSC chaplains and the sisters have delved into their archives and noted that there were MSC chaplains from 1937-1975. The students from Croydon used to go to Northcote to help - something that was revived in recent years. 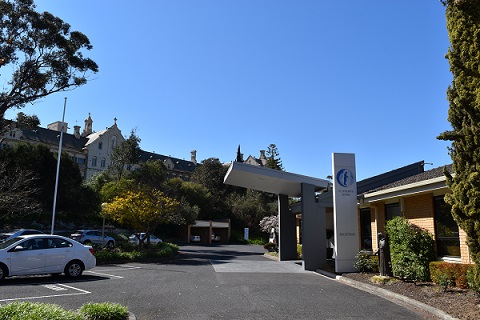 The old building on the hill

The chaplains have been: 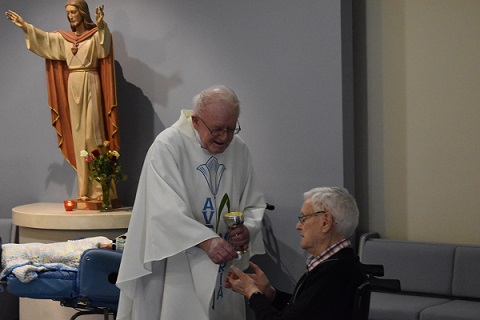